Resonant modulation of the flow in a tidal channel

I spent some time in Halifax, Canada, working under the excellent guidance of Professors Alex Hay and Tony Bowen from Dalhousie University as part of the Lunenburg Bay Coastal Observatory project.  The overall aim of the project was to provide a real time forecasting system for interdisciplinary marine prediction.  My work focused on the smaller-scale dynamics within the bay – processes under the resolution typically used in coastal ocean models.

The bay is characterized by complex bathymetry, with the main bay linked to two shallow coves through a relatively narrow channel.  During the ebb phase of the tide, the flow of water from the coves through the channel generates a strong jet flow (the figure to the right shows results from numerical simulations – these are the velocity magnitudes).  Large eddies and whorls form at the jet’s edges and it dominates flows within the bay interior and serves as an important mechanism for stirring and mixing.

Together with my excellent field crew, we conducted a series of field experiments to examine the complicated circulation.  These observational programs involved the deployment of stationary instruments, boat-driven surveys and drifter surveys. The drifters (shown here) were based on the Davis design and weighted to sit just under the surface with flag and radio direction finder for recovery. 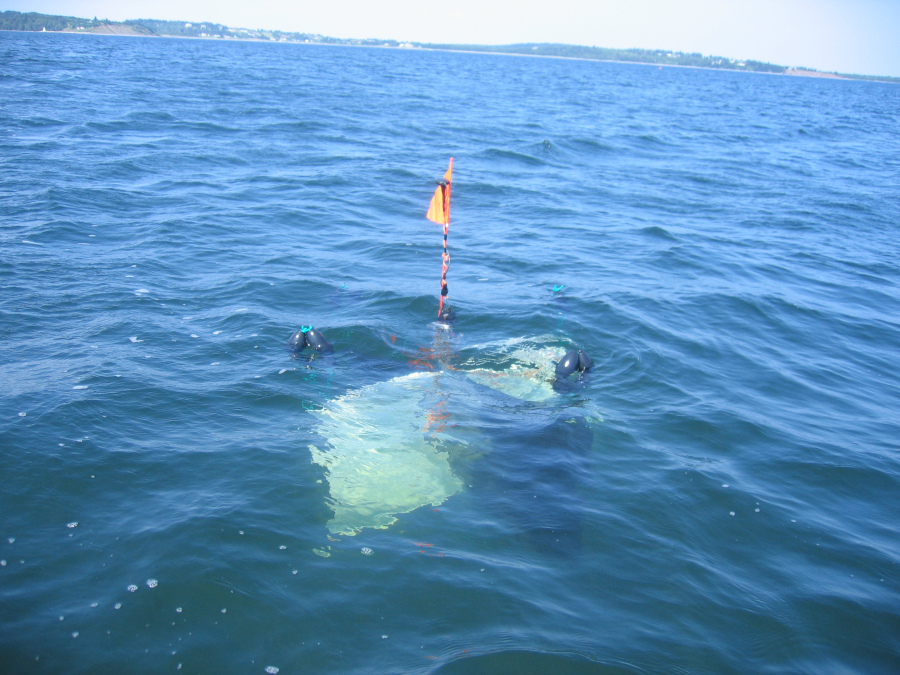 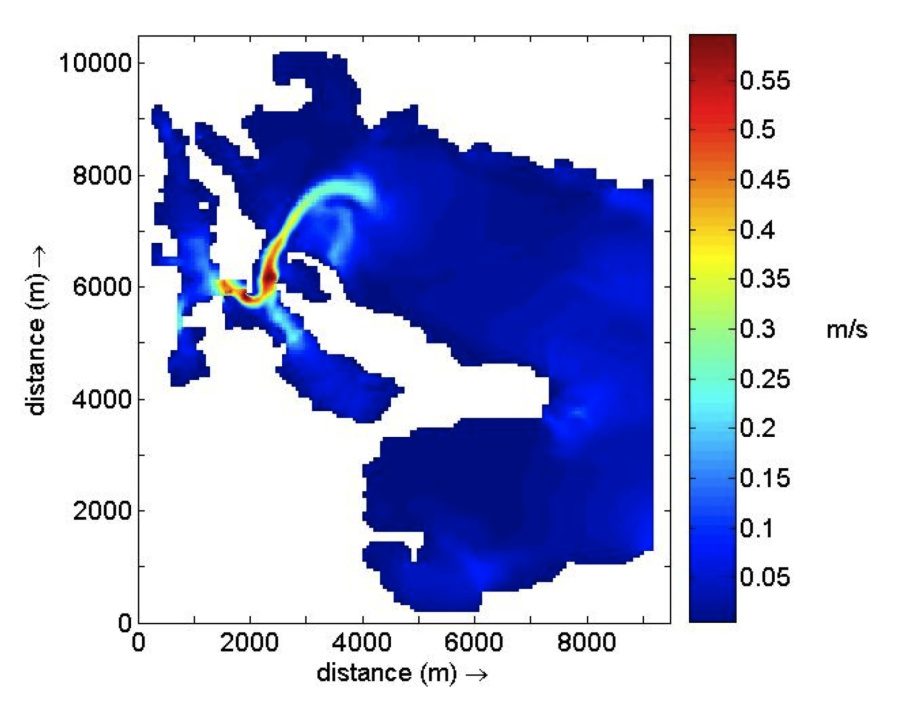 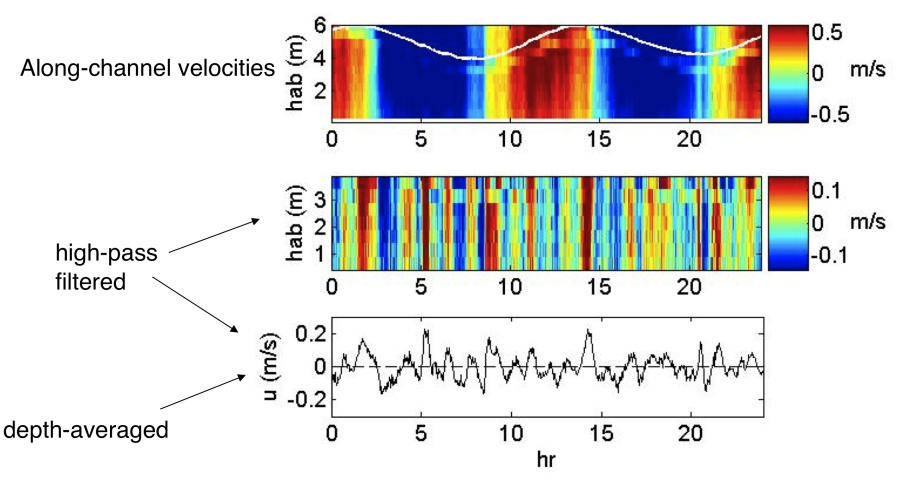 Pressure and velocity data from locations throughout the bay revealed an oscillation with a period of approximately one hour, consistent with a quarter-wave seiche mode. The associated sea surface displacements throughout the bay were small (about 5 cm)  but velocities within the channel were significantly modulated with amplitudes up to 40% of the peak tidal current (see figure to the left).

The analysis of data combined with results from numerical simulations (using the Delft3D model) revealed an interaction (not captured by the larger scale models) between a Helmholtz mode in the cove and the quarter-wave mode in the main basin.  Consequently the exchanges of water masses between the coves and bay are also modulated.  Further details and an analytical model of the process can be found in Mullarney, Hay and Bowen (2008), Journal of Geophysical Research – Oceans 113.